Ladish Valves has been at the forefront of innovation since the early 1950s. Spanning several industries and with approvals worldwide, Ladish is synonymous with controlled quality and corrosion resistance, having earned its reputation for engineering capabilities and bespoke solutions. The company has remained a front-runner in the market due to its superior customer service, rapid expansions in product offering, and wide range of valves in stainless and nickel alloy materials. Through organic and acquisition-based growth, the Ladish Family of Brands provides its customers with a comprehensive portfolio of valves and valve automation products.

Valve World Americas had the pleasure of speaking with Aaron DiStefano, Director of Operations, Barry Hoeffner, Director of Quarter Turn Products, Morgan Keith, Marketing Manager, and Connie Dobson, Sales Manager, about Ladish Valves’ dynamic history. With their insight, the company’s commitment to growth came to light, highlighting their key values and how they intend to maintain their trusted reputation in the industry.

By Angelica Pajkovic and Sarah Bradley

An Unconventional Start to a Booming Business

Herman Ladish began his career in the bustling malting industry in the early 1900s. He quickly established himself in the business, climbing the corporate ladder and assuming the role of superintendent at The American Malting Company. Ladish folklore has it that Herman’s interest in metalworking was born from a problematic crankshaft that consistently halted production. Thus began his search for an alternative manufacturing method for metal forging, and the birth of a metal working conglomerate of forgings, flanges, fittings, and industrial valves was born. Herman found immense success in the industrial sector, and it quickly became one of the largest pipe fitting, flange and gate, globe, and check valve companies in the U.S.

The first several decades were incredibly fruitful for Ladish. At the height of its success, it housed 2,000 employees, in two separate facilities, and had more than enough machinery to make it a competitive player in the valve market. “Since its inception, it has been apparent that Ladish is unique,” explained DiStefano. “From the onset, the company did the legwork to ensure that it was aware of the current pain points in the industry. It also put effort into predicting future pain points, to effectively address the issues before they occurred. By doing so, Ladish was able to develop reliable and timeless products. In fact, we still see inquiries for some of the products we developed in 1965.” 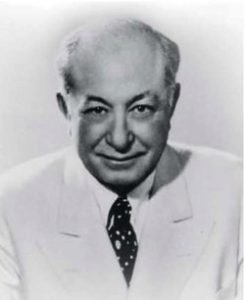 The company relocated to Houston, Texas in the 2000s, and a new family-owned generation began. By remaining dedicated to the values on which Ladish Valves was founded: hard work, pursuing innovation, and maintaining uncompromised integrity, the company has continued to scale at rapid rates. “We started to add current designs like API 594, 600, and 603 to our portfolio and worked tirelessly to prefect our gate, globe, and check valve styles,” said Hoeffner. “We have come a long way over the years, and we have done so by paying attention, and remaining true to our history,” stated DiStefano.

After years of successful dedication to growing and evolving the multi-turn product line, Ladish opened its second facility in 2018 to focus exclusively on the production of quarter-turn valves. The company has seen immense success with its API 608 process designs and has been able to grow its engineering and production teams with the most recent development of metal seated and severe service products – all of which are SIL-3 certified. This facility also houses Ladish’s sister company, Advanced Industrial Technology (AIT), the exclusive North American distributor of Air Torque rack and pinion and scotch yoke actuators.

To round out a successful couple of decades and kick-start a new venture, Ladish acquired all the assets of Smith Valves and Diamond Gear at the end of 2020. This acquisition provided a seamless reintroduction of forged valves back into the already thriving portfolio of engineered products. Smith Valves is one of the oldest and most trusted names in forged valves and with it came a major boost in commodity product offering. It also expanded manufacturing capabilities and warehouse space to over 80,000 combined square feet, spanning three Houston, TX facilities.

Today, the Ladish Family of Brands provides a wide range of engineered products in an impressive array of specialty alloys for the chemical, petrochemical, refining, midstream LNG, power, and naval markets. “Our dedication to manufacturing quality products that meet the needs of ever-changing industries has led us to create products following a three-stage system. The implementation of this system results in a complete and innovative portfolio designed for the most demanding corrosive, erosive, and high purity applications,” said Dobson. 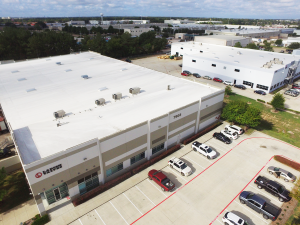 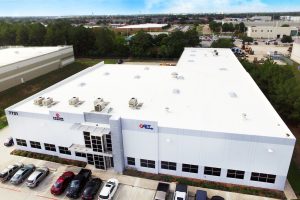 Through an intricate design and production process, and a dedicated service team, the company provides its customers with controlled quality, corrosion resistant valves which maintain integrity throughout their entire life cycle, all while delivering unmatched customer service.

Before the valves ever reach the shelves or a customer, they undergo in-house inspection and testing to ensure metallurgical integrity and follow a five-step traceability process from the receipt of the raw material all the way through to shipment.

“Valves that require high nickel alloy are often used in the most toxic and corrosive services in the industry, such as petrochemical and specialty chemical. This makes the reliability of the valve very important, and that is not something we take lightly,” said Hoeffner. “Most clients need several testing procedures, and quality traceability that goes back to the design of the product itself; we can provide that,” he continued.

Their products are designed to meet stringent requirements, often above applicable industry standards. With a large team of drafters and engineers on staff, there is no shortage of valve expertise when it comes to crafting custom designs and/or testing per the end user’s specifications.

“Having in-house testing equipment allows us to perform numerous tests to determine which valve will be best suited for the end user’s application,” stated DiStefano. Some of its testing capabilities include:

The company’s manufacturing facilities are located in Houston, giving them the flexibility to design, machine, assemble, test, verify, and expedite customers’ orders. Ladish maintains one of the largest inventories of stainless and nickel alloy valves and prides itself on its engineered designs, and its focus on the nickel alloy market.

What differentiates Ladish is their ability to provide extensive in-house NDE testing, and customization of products such as cryogenic extensions, and end connections. “We maintain a large inventory of cryogenic valves that meet industry standards,” said Distefano. “However, if a customer needs custom cryogenic column lengths, Ladish can design, manufacture, and test within its own facilities – that’s what makes us different.” The ability to facilitate all of this in-house allows Ladish to fulfill customers’ orders on time and often beyond industry standards.

“Put simply, we can supply products that have specifications and requirements that other companies are not willing to address,” stated Hoeffner. “For example, category M valves are making a comeback.”

Category M standards are one of the few ways clients can express the requirements of a toxic service. These applications require special inspections, packings, and integrity. While there are not many standards for toxic services, Ladish is able to create valves that meet the necessary requirements. “We have a history of offering a variety of unique capabilities to serve the market. This is one of the many things that continues to distinguish us from our competitors today,” Hoeffner continued. 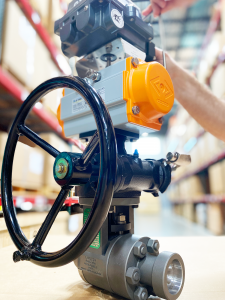 “In terms of service, we offer an impeccable customer experience and maintain a high-quality inspection shop,” continued DiStefano. “Ladish is equipped with all the necessary testing equipment, and a full-service clean room, as well as an RT bunker, where we can complete any service our clients need.”

“One thing that makes Ladish stand out is that we pay attention to, and communicate with our customers and end users,” remarked Keith. “Providing top of the line service from the inquiry all the way through the life of the valve is incredibly important to us and our customers.”

Ladish takes pride in its design team, its manufacturing team, its quality control team, and its shipping team’s ability to deliver products on time, without defects, and with personalized service.

Remaining a leader in the industry for nearly a century is not possible without a thorough understanding that the customer must always be the top priority. “I think a notable differentiator between us and our competitors, is that we build a relationship with the individuals we work with,” Hoeffner explained.

End users and customers understand that if they have any issues or questions, Ladish has expert engineers and sales team members who are more than willing to discuss the inquiry at hand, and promptly put their concerns put to rest. No one needs to wait days to get an answer, or a solution.

Ladish has persevered through several significant industrial changes by following the same principles and values on which the company was established when they opened doors of the first facility in Cynthiana, Kentucky. “We understand that the company achieved the success it did because of the people and values they withheld,” DiStefano said. “By maintaining those values and implementing them now, we will be able to not only grow, but flourish.”

Ladish Valves continues to be the industry leader, specializing in stainless steel and high nickel alloy industrial valves. To many, the Ladish Family of Brands symbolizes a reputation that is emblematic of the highest quality standards, unmatched design, and metal working craftsmanship.

While the company is consistently focused on enhancing testing, qualifications, and new technologies, it has many projects planned. “We will not be stagnant,” said Keith. “In addition to expanding our existing product line and engineering capabilities, there are continual plans for both organic and acquisition-based growth.”

“We strive to become more flexible and offer additional services by acquiring companies that would enhance the Ladish name,” added DiStefano.

As the industry moves towards the manufacturing of renewable fuels, Ladish is prepared to continue providing the best-in-class products and testing. “We have a history of responding to specific and complicated needs in the industry, and today our aim is to continue doing just that. We have always made strides in the industry for the sake of progress and will continue to do so for the next 100 years,” Hoeffner concluded. “We pride ourselves in being problem solvers for our end users.”

Trending Now
The Method Behind Our Madness

READ MORE
[all-fields]
We use cookies to ensure that we give you the best experience on our website. If you continue to use this site we will assume that you are happy with it.OkNoPrivacy policy