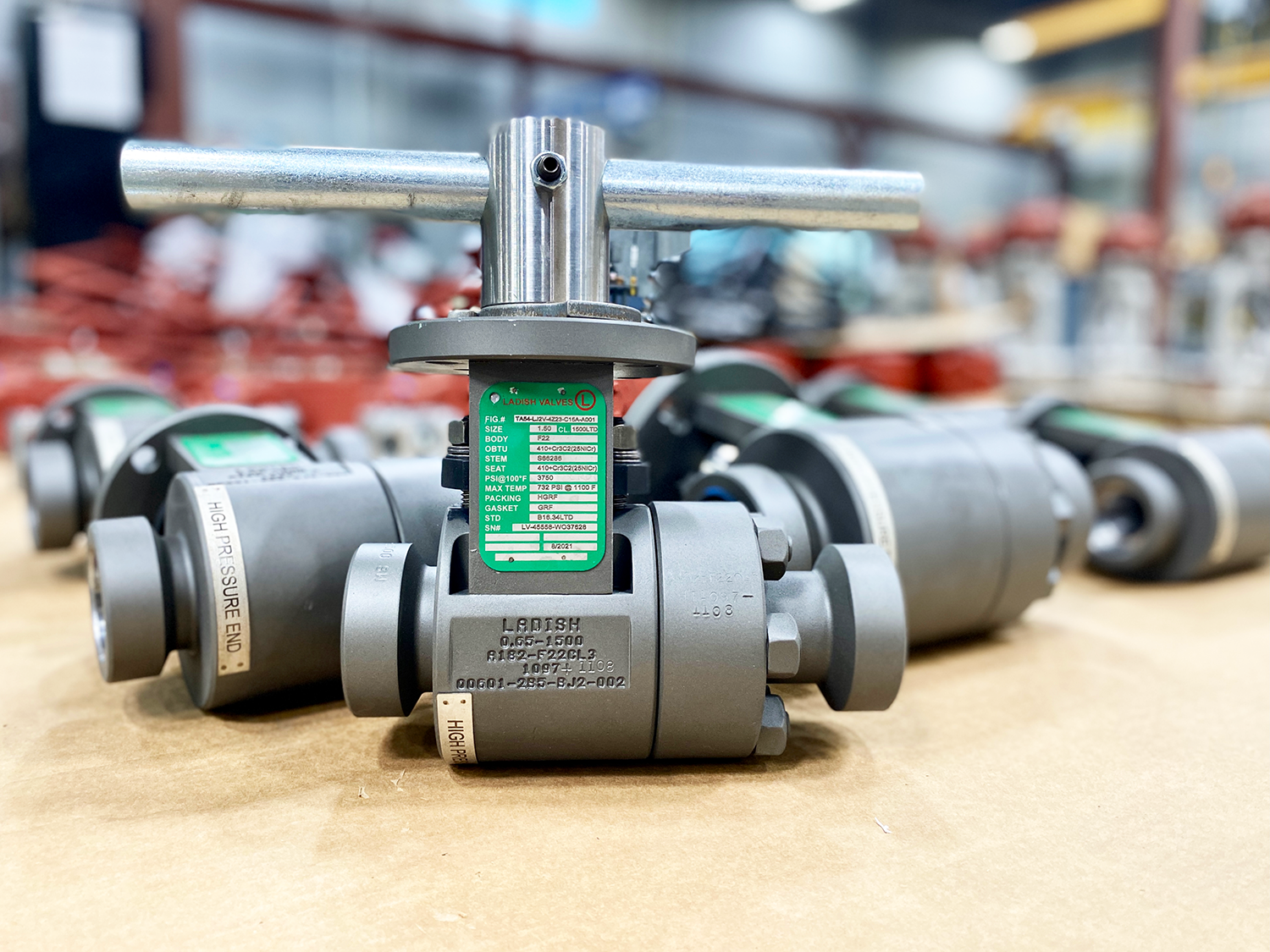 Over the past 30 + years, the Metal Seated Ball Valve has found wide applications in the Thermal Power Generation industry as well as in steam and high energy applications in Refining, Chemical, Paper and other industries.  Over the years, the performance and reliability requirements have grown more rigid as have the quality standards expected of the manufacturers.  It is now required that these valves provide tight shut-off capability along with the ability to function through severe thermal cycles.  The development of the Ladish valve used these requirements as a basis and added modern requirements of low emissions, sustainable manufacturing technology and ease of automation.

Considering the damage quickly caused by either leak mechanism, there is clearly opportunity for a new and better design like the Ladish Fusion Valve!

The major design feature of the Fusion Valve is the “Captured Flange Seat” which addresses the issues above.  This design incorporates the desirable feature of a replaceable seat thermally matched with the ball, and then “clamps” the foot of the seat between the two halves of the valve to eliminate the secondary leak path.  This new Ladish design includes the good attributes of others while eliminating the most common causes of valve failure.  To further improve reliability and sealing performance, Ladish does a 360o seat-to-ball lapping process called FS (Full Surface) Lap. The fully automated Diamond FS process laps ALL of the ball surface to the seats preventing the “ridges” in older design valves that cause high torque in automated valves and routine coating failures.

While the proper design is critical, a key to valve reliability is the coatings used on the balls and seats.  Apart from the fact that the coatings create a “bearing surface” that allows the valves to cycle without galling, it is the lapped coating that creates the seal.  If the coating fails, the valve fails.  In the Ladish Fusion Valve, we utilize an industry standard HVOF robotically applied Chromium Carbide Coating in our Class 1500 and 900 valves.  However, for the Class 2500/3100 and above we will utilize a “Sprayed-and-Fused” Carbide Based coating that has many times the bond strength of the HVOF coatings, and is a better thermal match in the high energy valves.

The benefits to you are improved reliability and repeatable tight shutoff to all global standards. 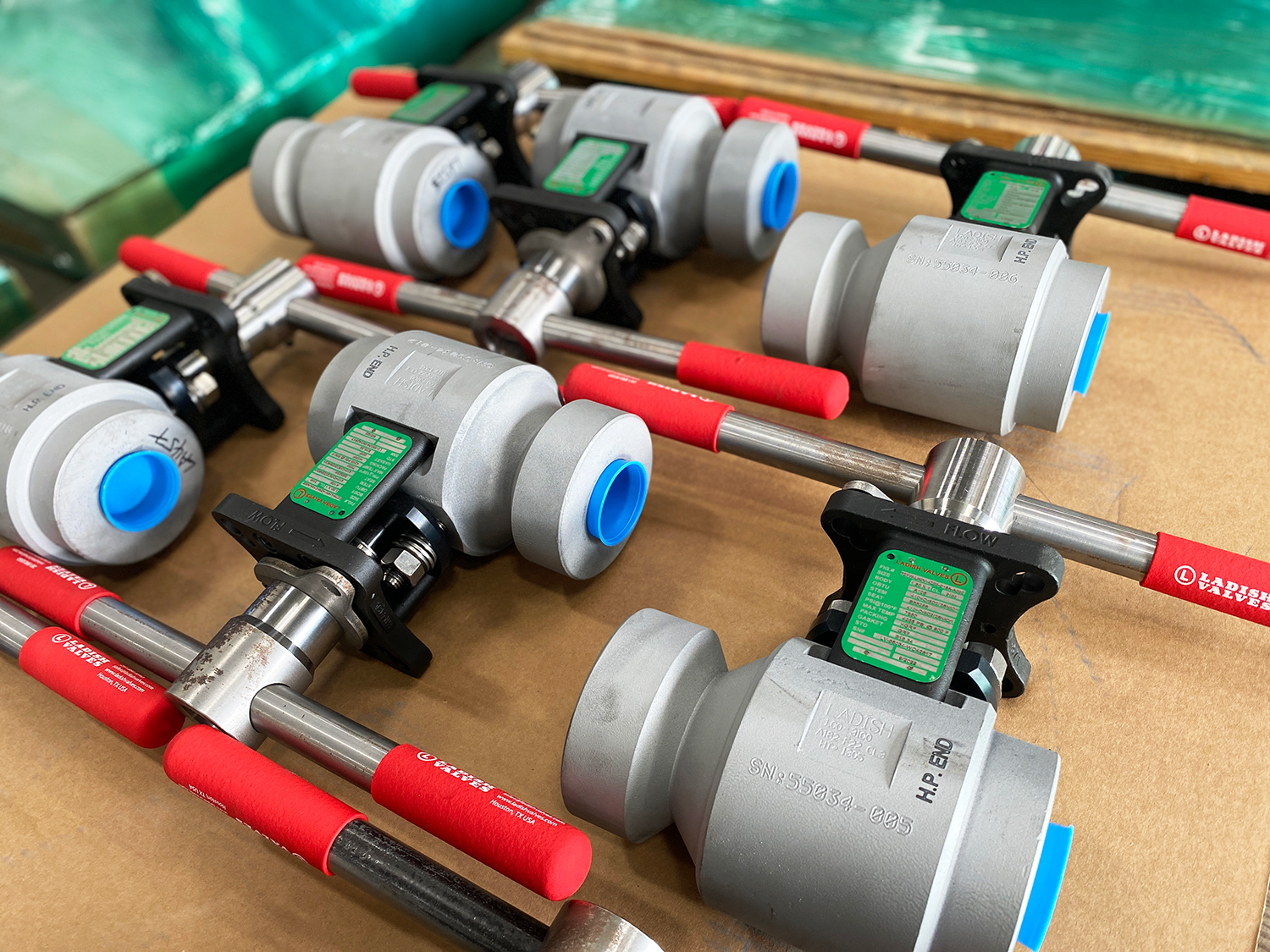 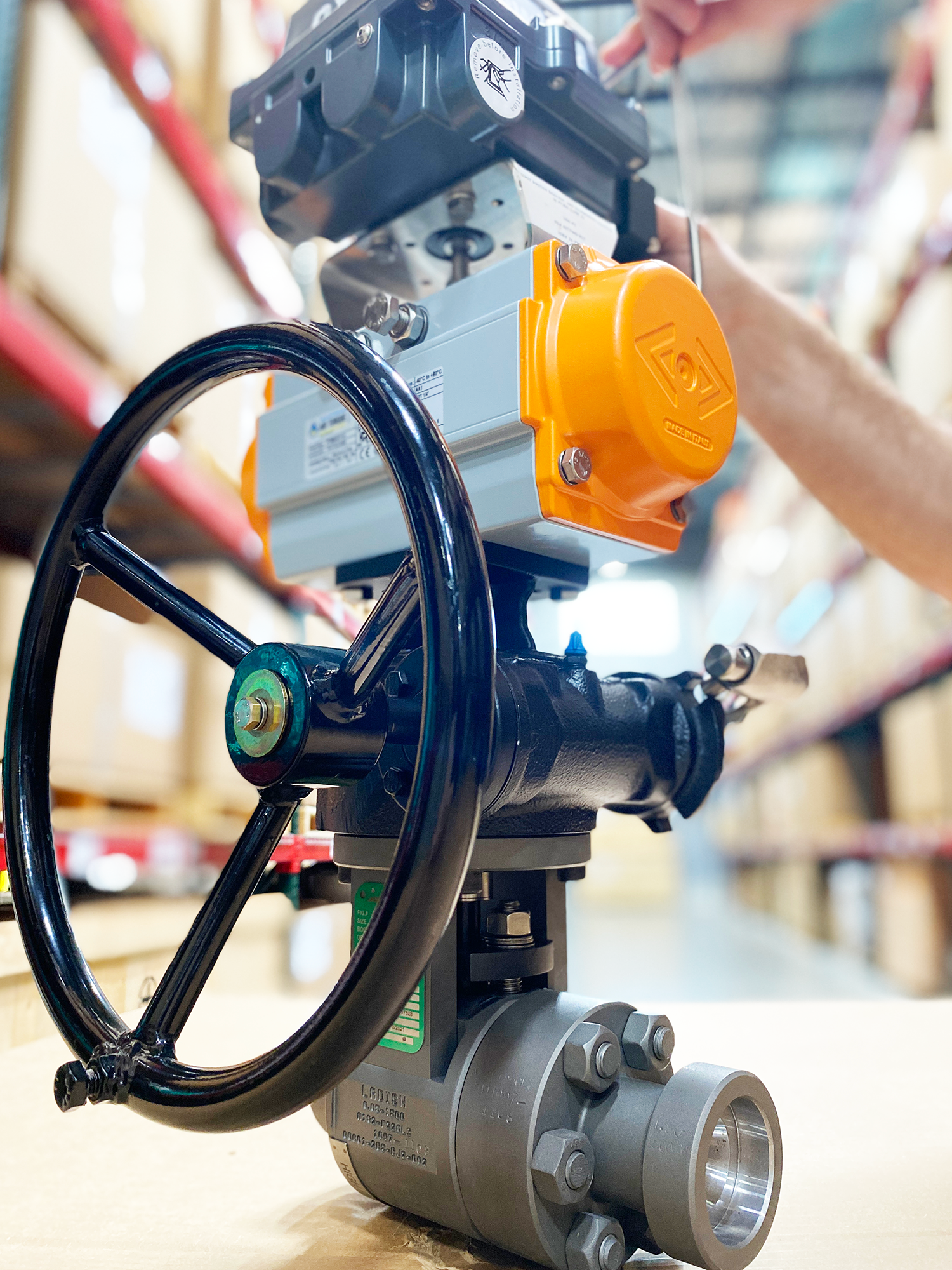 Ladish utilizes a rigidly secured mounting bracket for actuators, worm gears and levers. The bracket, constructed of heavy plate steel, is welded or bolted to the valve body. The mounting plate is parallel to the bore, and perpendicular to the stem, so there is no misalignment of the operator. Ladish places a heavy metal brushing in the bracket of the valve to guide stem and ensure that the stem does not experience lateral movement if subjected to side loads during operation. If side load occurs, it is absorbed outside the packing chamber and does not deform packing. Deformation of packing caused by side loading is a major cause of stem leakage in quarter-turn valves.

The term “Metal Seated Ball Valve” is widely used for this technology, but the ball and seat coatings that allow the valve to cycle without galling is the real heart of the valve. It is this same coating that is lapped for a Tight Shut-Off and must resist chemical and thermal attack from the process in which the valve is installed. The key to the reliability of the valves in your process is the selection of the right coating for your application, and Ladish engineers are expert in assisting with that selection. Some of the more standard options offered are:

Once again, Ladish will continue To Mark Progress.

Trending Now
The Method Behind Our Madness